Activities to Enjoy on the Uncompahgre River

The Uncompahgre River, a tributary of the Gunnison River, starts at Lake Como at an elevation of over 12,000 feet and flows north for 75 miles through the Uncompahgre National Forest. Along the way, it passes by Ouray, Portland, Ridgway, Dallas, and Montrose, finally merging with the Gunnison River near Delta. The name comes from the Ute word that means "red water spring." A variety of wildlife frequent the Uncompahgre River and its surroundings. Deer and elk are plentiful along the river, and, in some sections, you're likely to see river otters. Activities you can enjoy on the Uncompahgre River include fishing, especially fly fishing; river rafting, tubing, and kayaking; and, in some areas, gold panning.

The Uncompahgre River is an often overlooked Colorado fishing destination. On the river, you can choose from a number of excellent fishing locations. While you can have some success fishing in the Ouray, Colorado area, much of the land along the river is private. The real opportunities start at Ridgway Reservoir and the tailwaters beneath the reservoir and run 27 miles to Montrose. We've listed some of the best locations in the next section.

As for when to fish, mid-summer into early fall is the best time to fish for trout on the Uncompahgre River. The water is sparkling clear to three feet, and the temperature is usually in the 50s F. The best time of day is typically around mid-day.

Ridgway Reservoir is a great place to fish for brown trout, rainbow trout, cutthroat trout, salmon, yellow perch, and green sunfish. Note that rainbow trout, cutthroat trout, and brown trout are periodically stocked in the Ridgeway Reservoir, making for great trout fishing. In fact, the reservoir is probably the second best location for trout fishing. Only the tailwater below it is better.

This area is where the Uncompahgre and Cow Creek meet. It's just below the Ridgway Dam. Expect to find rainbow trout, brown trout, and Snake River cutthroat trout.

One of the single best areas to find large trout is the 1.5 miles of tailwater just below the Ridgeway Reservoir. The reservoir is regularly stocked with rainbow trout, cutthroat trout, and brown trout, greatly increasing your odds of landing a trophy-sized fish in the reservoir's tailwaters. In fact, this area is considered the best fly fishing location on the Uncompahgre River. In addition, the public areas around here are easy to access from Highway 550.

Confluence Lake is a 70-acre lake formed where the Uncompahgre River and the Gunnison River merge. Here, you'll find rainbow trout and black bullhead. The lake is also a designated waterfowl viewing area. 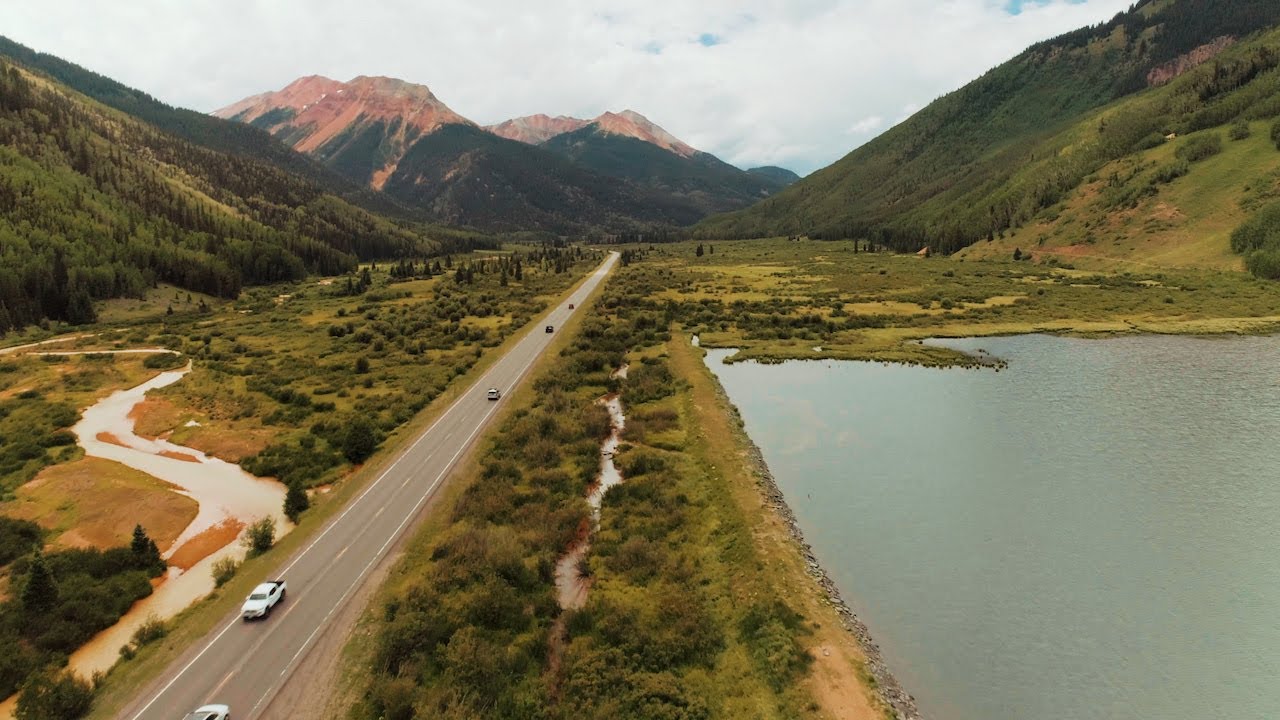 The Uncompahgre River provides a number of opportunities to experience great whitewater rafting and kayaking. The best time to go is in the spring, when the snow melting brings increase water flow. Later in the year, you can still enjoy a relaxing trip along the river, as long as the water levels permit. Basically, there are three main areas for rafting and kayaking on the Uncompahgre River: Ouray, Ridgway, and below Ridgway Reservoir.

In the Ouray area, you'll find Class IV to Class V whitewater. This area is fast moving, highly technical, and relatively short. Make sure you are capable of handling rapids with these ratings.

At Ridgway, you find Class II and Class III whitewater. Much of this section of river is easy to maneuver. Near Ridgway whitewater park, there is a more difficult section with a double set of holes.

Below the Ridgway Reservoir, you'll also find Class II and Class III rapids. While this is an excellent area to enjoy some exciting whitewater, access is primarily private. You'll need to get with an outfitter that has access to the area to enjoy it.

Panning for gold on the Uncompahgre River is a surprisingly popular activity. The entire 75 miles of the river has gold panning possibilities. However, much of the river runs through private lands, so access is limited. One great place to try your luck is Riverwalk Park. The town of Ouray owns the area, and you have access to about a mile of the river.

Note that, to be successful gold panning the Uncompahgre, you'll need excellent panning technique. The gold is extremely fine, so, if you get sloppy, you'll lose any gold you come across.

Book online with Us, today!

We look forward to meeting you!
BOOK NOW